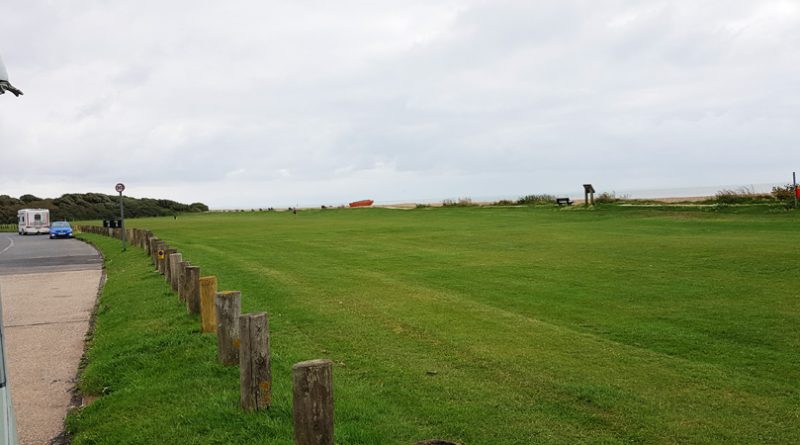 We had arranged to go and visit my parents for weekend, I wanted them to spend some time in our van because my Mum had always wanted to have a holiday in a motorhome and had never had the opportunity.  We decided we would treat them to a nice lunch and afternoon tea in the motorhome parked beside the sea so we were travelling down on the Friday evening so we would be able to get a parking space with a view of the beach early the next morning.

Unfortunately for us we decided to ignore the SAT NAV and turned right down a road we’d taken before.  This time however some road works had magically appeared, making the narrow road even narrower than usual, and as Darren drove past them there was an almighty crashing noise as he smashed the right hand wing mirror off on a wooden post which was hidden by the hedge.

It was quite a shock and it must have scared the living daylights out of the workmen.  For the rest of the hour long journey I had to become an audio version of the missing wing mirror.  We arrived at my parents safely and had a very nice evening with them.

The following morning we popped in to see my parents, had breakfast and a wash then drove down to the sea to bagsie a parking space.

My parents turned up a while later and we sat with a cup of tea enjoying the view and watching people blowing along in the wind.

It was lovely to sit in the warm motorhome eating and drinking tea.  We all thoroughly enjoyed our day out.

I had to continue my new job as the replacement right hand wing mirror on journey back home, we arrived back without any more ‘dinks’ on the van so I must have made a good job of it, even if I do say so myself!

The following day Darren looked for a company so we could buy replacement wing mirrors.  We’d decided that we’d buy a couple of spare wing mirrors just in case.  However……when he received the quote he assumed they’d put the decimal point in the wrong place…..£2000 for one wing mirror, shocking!

PANIC!   We needed to get the mirror sorted quickly because we were due to do a 300 mile journey in a few days time.  It took a while but my clever husband finally found a company that sold wing mirrors for farm vehicles and he bought a tractor mirror to use as a temporary fix.  The company were very helpful and efficient and the mirror arrived the day before our trip up north.   I collected it from our neighbour, I thought it sounded a bit strange………!

Unfortunately for us and our blood pressure, when Darren got in from work he picked up the parcel and realised what the sound was, the tinkling of broken glass!  Eeeek!  He immediately phoned the company, explained our predicament, we needed to get the mirror on the van by the following day so it would be ready for our trip.

The man was very apologetic, he swung into action and had the new mirror sent by courier, it arrived with enough time for Darren to duct tape it securely to van.  Black tape with black mirror, very smart.

We were rather nervous that the mirror would dislodge during our journey, but he’s a dab hand with the duct tape and it stayed in place, thank goodness!

After we’d returned from our trip Darren eventually found another company  who sold the mirror that we needed for the van (not an easy task!).

That turned into another saga!  The Spanish company who make the wing mirrors were on their annual holidays and when they returned they asked the man at the company we were dealing with whether the wing mirror was for a Frankia, as soon as they heard it was the price suddenly shot up!  Luckily for us the man sorting it out found a different way for us to get a reasonably priced mirror, we bought two black mirrors instead which cost a fraction of the price and look very nice in our opinion.